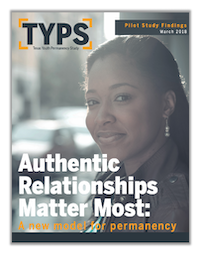 The Texas Youth Permanency Study is building evidence to better understand the realities of former foster youth entering young adulthood. We interviewed 30 youth who had been in foster care. The majority of study participants (N=24) reported aging out of foster care at age 18 without a permanent legal guardian. Of these, five participants reported one or more failed reunifications with their birth family that had allowed them to exit foster care temporarily. Most notably, while nine participants were adopted, five of these adoptions failed resulting in 3 participants returning to foster care.

Our main findings are that… 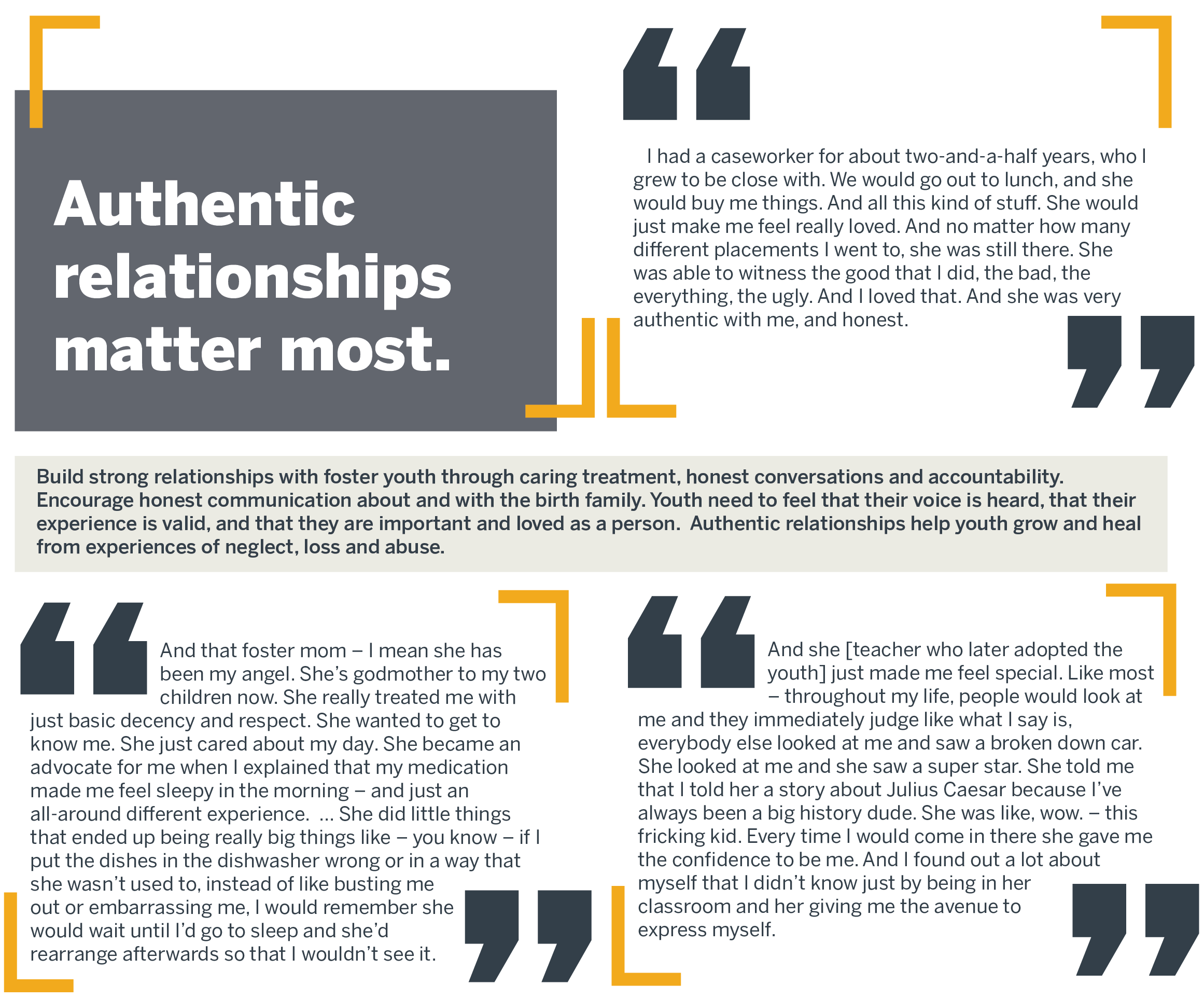